When I think of the role models or mentors I have had in my career, I always feel extraordinarily lucky. Why? Because I have been fortunate to have more than one. At each stage of my career I have encountered a role model, or a mentor and I carry with me each day their insight, support and code of conduct.

Perhaps the role model that had the biggest and most lasting impact on me was a former manager, Michelle Canady Spreitzer. I worked with her as the Director of Marketing at Greensboro College under her leadership of the Advancement Team.

The do’s? I learned by observing her that being unflappable is a tremendous skill. No matter what deadline was looming, or what situation needed handling Michelle approached any crisis with a calm demeanor. As a member of her team, you always had a sense that there was no issue that couldn’t be handled with composure. Energy was spent on finding a solution not on highlighting the problem.

When it came to soft skills, I learned to be adaptable to my audience and my venue. Michelle was as comfortable speaking to a women’s group at the local country club as she was to children in need at the Boys and Girls Club. More importantly, you always felt like you had her undivided attention. I shouldn’t use the word felt because Michelle had the ability to focus, listen to understand not to respond and ensure her audience felt valued.

She smiles. Genuinely and often. It may sound trite, but I’ve lost count the number of people I have worked with who showed every emotion on their face and this was before Zoom was our go to conference room! Smiling is a force multiplier and it dominoes through a team and directly impacts morale.

Finally, Michelle let her team lead in their own backyards. She didn’t micromanage and yet you knew she was there if you needed guidance.

The unspoken sense was that no one on the team had been hired on the premise that “maybe” they could do the job. We were the SME’s of each of our areas and we were free to make decisions and encouraged to think outside the box and if we made a mistake at least it was by commission not omission. There was trust which directly fed teamwork and an allegiance. As a role model I witnessed her lead without force or bullying but instead with grace and composure.

Role models can be either positive or negative. Positive role models like Michelle offer a range of helpful or useful behaviors and demonstrate daily what it means to be other-focused as opposed to self-focused and I count myself as forever grateful for all that I learned. 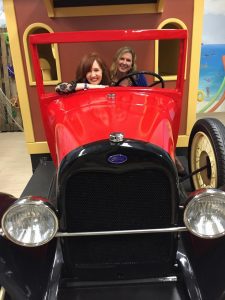