A Tale of Two Agents

In April 2020 I purchased something online from a company that I‘ve done business with many times. The product was on sale and ended up being on Backorder. They let me know that it would ship in about 30 days. In October I still hadn’t received the item (although they did keep me updated of the delays) and was moving. I called the company to let them know I needed to change the address on my order. The Agent told me that they couldn’t change an address on an existing order in the system and that they would have to cancel the order and re-place the order for me. Unfortunately, as the item was still on backorder, the Agent couldn’t put in a new order either.

In December 2021, after 20 months of waiting, I finally got a notification that it was available again. But now it was a couple of hundred dollars more than I had bought it for initially.

The original Agent told me to call in once it was available, and if it wasn’t still on sale they would adjust the price. So I called and when asked what my call was regarding, I said “Help with my Order.” I told the Agent that my order had been canceled due to the fact that they couldn’t change my address when I moved and requested they adjust the cost to the same price I had bought it for last year.

First, the Agent couldn’t find my previous order. My order number “didn’t exist in their system”. So I sent over the email confirmation of my purchase so they could verify that I was telling the truth. The agent told me that they would need to speak with their supervisor and would let me know if they could still give me the same purchase price. After a 7 minute hold, the agent came back on the ph 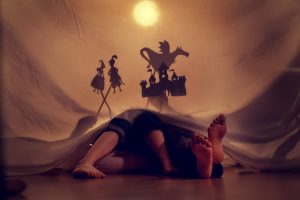 one and informed me that their Supervisor did not approve the price change because I had “bought it so long ago, and it’s so much more expensive now.”

I asked, “Does your Supervisor know that it was one of your employees who canceled my order, and now you are going to charge me more because of something you did?” She said yes, and that there was absolutely nothing they were willing to do for me.

I spent the next 20 minutes crafting a scathing email (you know how angry customers are), but before hitting send I thought, I’m going to try again but with a different approach.

This time when I called, I said “Sales”, because I figured a Salesperson might be more accommodating. Amazingly, the Sales Agent was able to find my previous order immediately. I told them the story of how it had needed to be canceled and my frustration with the Agent 20 minutes earlier. They immediately assured me that they would be giving me the original price, and then sheepishly admitted, “I would have been able to change your address without canceling your order too.” We ended up having a nice conversation and having a few laughs. They then gave me their personal extension and email and even told me their working hours so that I could reach them any time I needed anything in the future.

It was two vastly different experiences because the Agents had two vastly different attitudes. The first one had no empathy, and therefore no perceived desire to help. The second was friendly, and I truly felt that they wanted to help me. It may have just been normal case handling, but my impression was that they went above and beyond for me, and it has cemented my relationship with them as a Customer. It also illustrates the difference having an empowered employee can make to the Customer Experience.

This was a Customer Success Story for the company. They have an Agent who was able to take an irate Customer who was never going to do business with them again and turn them into a Brand Promoter. This is the power that Agents have!